Several dog breeds are known to have serious health issues. Great Danes often live short lives due to heart problems. Chow Chows often have a variety of severe orthopedic issues. Newfoundlands can die a sudden death due to a heart issue. Rottweiler’s, Labrador Retrievers, and Basset Hounds – the list could go on indefinitely. A recent study found that despite a dog breed’s tendency to have health issues, owners were not often deterred to get that breed in the future.

How We Choose a Dog Breed

The study completed at the University of Copenhagen identified several dog breeds that were prone to health issues. As compared to a dog breed not prone to health issues. The following breeds took part in the study French Bulldogs, Chihuahuas, Cavalier King Charles Spaniels, and Cairn Terriers. French Bulldogs and Chihuahuas were chosen for their tendency to have difficulty conforming aesthetically. Cavalier King Charles Spaniels (hence referred to as Spaniels), were chosen for their tendency to have health issues not related to their appearance. Cairn Terriers are relatively healthy, so they were chosen in contrast.

Why We Love Our Dogs

For the statement “I would do almost anything to take care of my dog” the following results were obtained:

Ultimately, a dog breed’s health issues may be something most owners avoid initially. After experiencing their dogs undergo a health problem or two, owners are often much less likely to adopt the breed again.

When you adopt your next dog, be sure to look into the long term health attributes of the breed, rather than just their personality and level of convenience.

Which dog breed is right for you and your family? Discover today!

View all posts by Alyson → 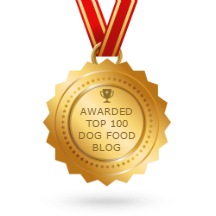